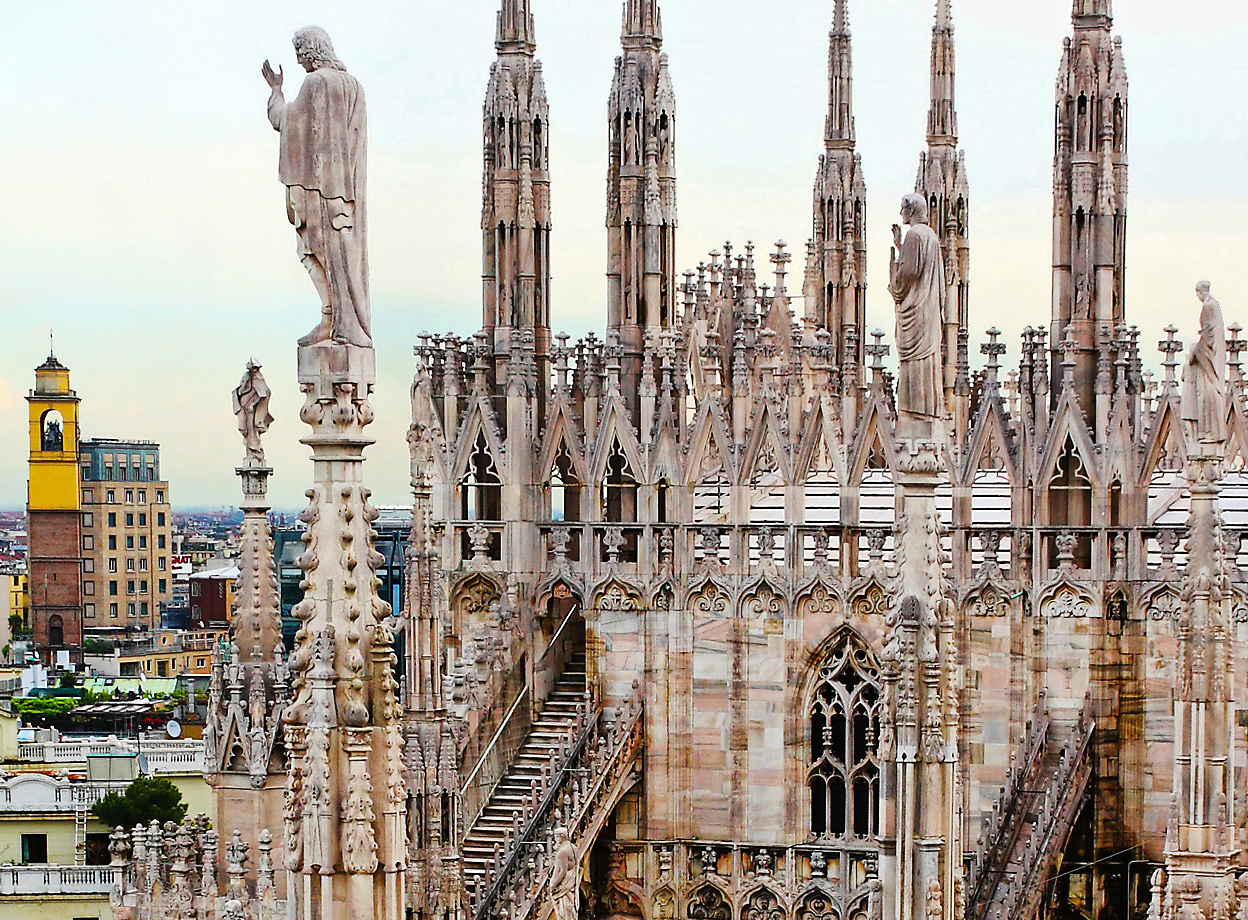 The rooftop of the Milan Duomo is a delight. You emerge from the dark interior into a labyrinth that is crammed full with sights to see. Sculptures literally have to compete for your attention – over two thousand of them are found on the exterior. They are built into the walls, erected on top of some 100 spires, or generally appear in unexpected places. In fact, I remembered that as I reviewed my pictures there, it became clear that there was simply too much to take in. Most of my shots were too “busy” and lacked a clear focus.

I’ve since learnt that it would have been far better to ruthlessly and tightly frame your photos under such scenarios to avoid overcrowding. That extra bit of scenery you may be tempted to include could end up doing more harm than good.

How many statues are there in this picture? Over twenty, if you squint hard enough!

This site uses Akismet to reduce spam. Learn how your comment data is processed.